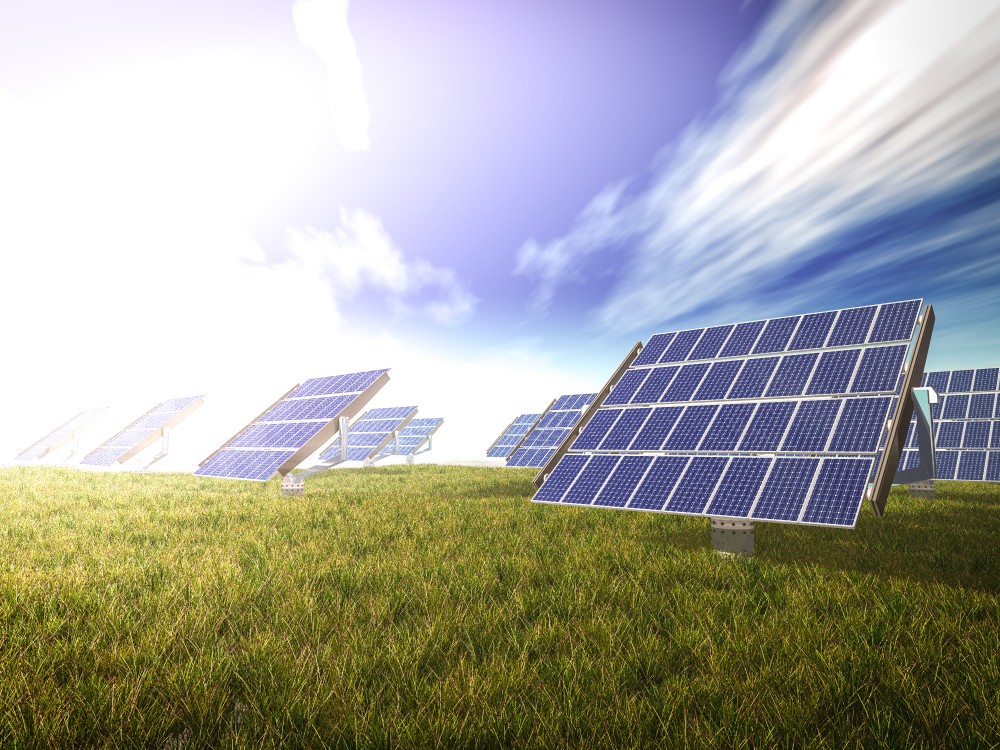 Οur country has the highest sunshine level in Europe with solar energy (radiation) reaching  1.500 kwh / m2 annually but the power output of photovoltaic systems is still very low.
The photovoltaic system converts sunlight into electricity. Depending on the connection of the photovoltaic systems, they are divided into autonomous and interconnected. An autonomus system features a battery which is recharged by solar panels and by using a converter, it can produce 230V suitable for any electrical device.
Interconnected does not come with a battery and all the energy produced is own consumption or fed into the grid for sale. The large photovoltaic power plants across the energy produced is sold by the producer and then sold to nearby consumers (residential, irrigation, industry, etc.).

The autonomous photovoltaic systems consist of:

The polycrystalline photovoltaic modules are made of molten recrystallized silicon sticks.  For their production, th silicon rods are cut into thin portions of which the photovoltaic cell is manufactured by.  The manufacturing process is simpler than that of single crystal photovoltaic resulting in lower production cost.  But it has lower yield of 12%.

Amorphous Silicon frames
Photovoltaics of this category consist of a thin layer of silicon that is deposited uniformly in a suitable background.  As background can be used in a wide range of materials from rigid to elastic so it can fit in a wider range of applications, especially on curved or flexible surfaces. While the amorphous silicon has a higher efficiency in light absorption, the PV output is lower than the crystals by approximately 6%. The cheap cost in construction makes them ideal for applications where high performance is not required.

The batteries store the energy produced. There are intergrated  in all applications, in remote locations or in applications that require energy, if a network failure happens or bad weather or nighttime use.
The capacity of the battery is measured in amperes-hours (amp-hours): 1 Amp used in 1h. Usually manufacturers evaluate their batteries within 20h This means that a 220Amph battery will give 11Amp for 20h. For each receiver 1Amph will need to consume about 1.25Amph to refill. This kind of assessment is designed to be able to compare different batteries with the same standards. A very important feature is the cycles of operation. They have shallow cycles between 10- 15% of the total capacity of the battery or deep cycle with 50- 80% .  For the shallow cycles like that of a car when it starts, the batteries are designed to give many Amp in a short time, then the alternator recharges the battery directly.  Those with deep cycles provide little Amp for long periods, in the case of use with solar systems should choose such batteries.

The charge controller is a simple electronic device that ensures proper battery charging (battery) of photovoltaic systems. Controls the charging process and stops charging when the battery is fully charged. Otherwise there would be a serious risk of the battery being damaged.Batteries tend to be gradually discharged even if they dont supply with power any device, that' s why the charge controller ensures to automatically resume charging the battery when the voltage is dropped below the level of full charge.

Inverter (for solar panels, autonomous, hybrid systems) is an electronic device that converts the DC battery voltage into AC voltage 220-230 Volt 50Hz. So that we can power all appliances that require 220 Volt by using the battery of the solar system. The inverter converts the DC current from PV to AC 400V and connected to the PPC through the electrical panel. The energy generated is sold to PPC with very high sales prices.